The much anticipated ‘Jackie’ movie, starring Natalie Portman as the famed First Lady, directed by Pablo Larrain is the portrayal of one of the most iconic women of the 20th century.

Piaget this week gave the press a special viewing (in the glamorous surroundings of Soho House’s private cinema) of the new, and very intense, film Jackie. It stars Nathalie Portman as JFK’s widow and chronicles her reactions in the days between his assassination and funeral, shown in flashbacks as she relates her feelings to a journalist.

It’s a serious and soul wrenching view, and Portman’s performance, -complete with 1960s flick-ups and a remade, bloodstained Chanel suit – is being mentioned in the context of the Oscars. But what is the Piaget connection?

Jackie’s favourite watch was a classic 1960s Piaget style – a finely proportioned yellow gold oval with a subtle green jade dial, a bezel of substantial diamonds and the company’s signature hand-textured gold bracelet, typical of its time. A glimpse of one very like it appears in the film, the brand reworked the design a couple of years ago, to considerable acclaim. To mark the film’s release they have done two new versions, this time in rose gold, with either a turquoise or carnelian hard-stone dial. As stylish as anything Jackie would have worn and the perfect tones for what we hope will be a long, hot summer ahead. 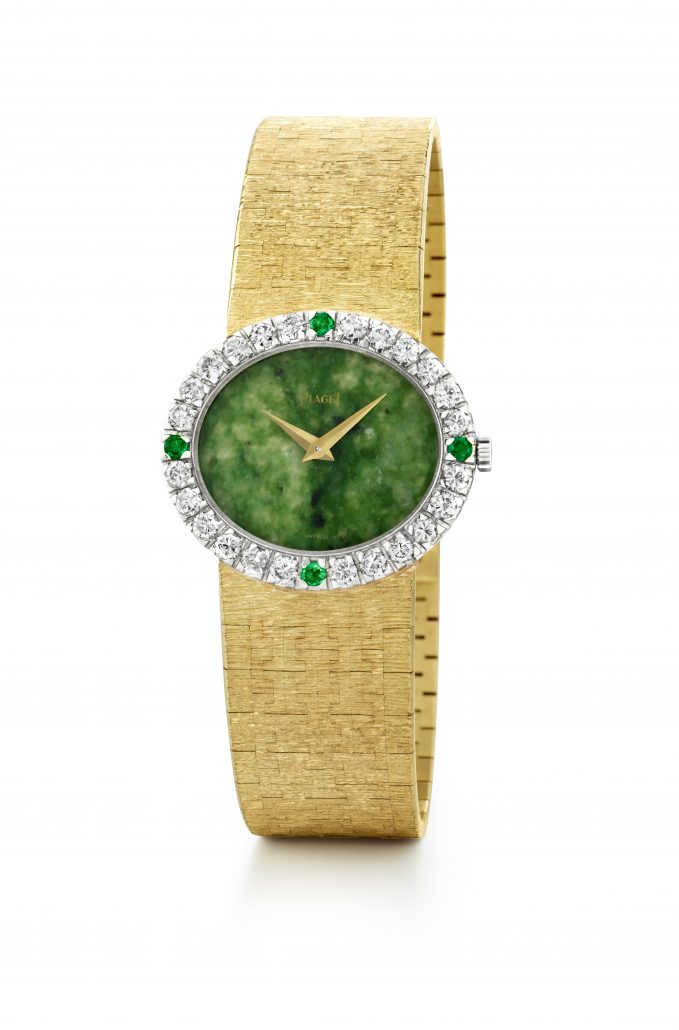 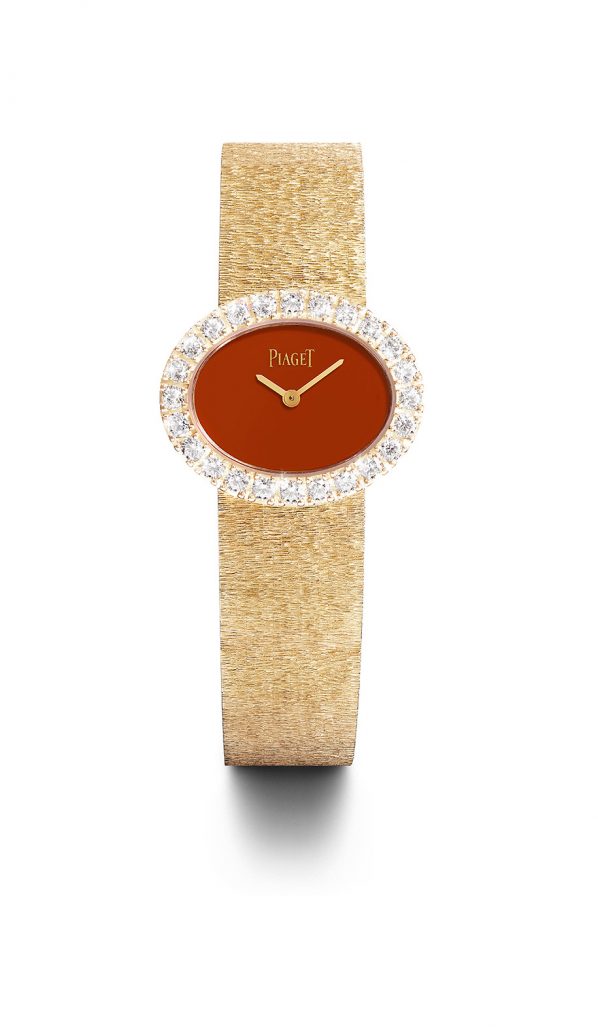